In Australia, Luxury Home Rentals Are Popular Venues to Ring in the Holidays

BY MICHELLE SINGER ORIGINALLY PUBLISHED ON NOVEMBER 29, 2016 MANSION GLOBAL
Luxury hotels are no longer the only option for discerning holiday travelers in Australia, who increasingly want five-star trappings in addition to privacy, exclusivity and space along with a taste of the local community.

“Guests are looking for an experience these days and exclusive use of private homes in some of Australia’s most incredible locations offer exactly that,” said Alex Ormerod, managing director at Luxico Australian luxury home hotel business.

Ms. Ormerod opened her business in 2013 after spotting a niche in the market for exclusive five-star accommodations. The company, which offers full 24/7 concierge and support services, such as internal housekeeping, guest compendiums and room service, has been swamped with potential new listings, hand picking three or four a week to list on the Luxico website.

While properties can be booked up to 12 months in advance, Ms. Ormerod said some of the best properties remained available, even a month before Christmas, as guests increasingly left their travel arrangements to the last minute.

“For the homeowner it gives them joy to see others enjoy their home, peace of mind, added security as well as subsidizing their own holidays,” Ms. Ormerod said.

Beachfront luxury for the holidays

Trinity Beach Palace, the five-bedroom 1,000-square-meter beachfront home of boutique fund manager Otto Buttula and his wife, Virginia, commands A$15,000 (US$11,100) a week in rent. The home has in the past played host to guests such as Michelin-starred chefs and their families and two internationally renowned rock bands. (U2 is among those who have stayed at Trinity Beach Palace, according to Contemporary Hotels, another luxury home hotel business in Australia.) 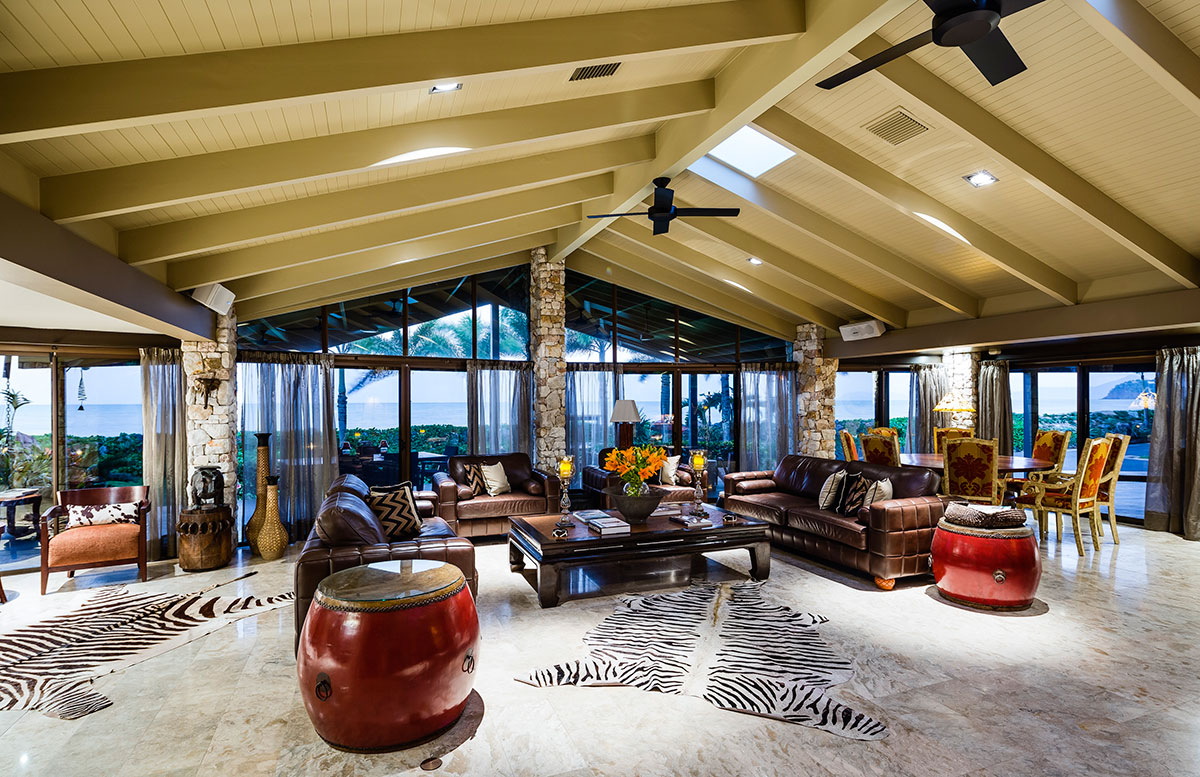 Having hosted international stars and celebrities, Trinity Beach Palace has established its reputation as a world-class holiday destination.
Robert WalshThe high-end retreat, 15 minutes’ drive north of Cairns in North Queensland, is also for sale, priced at A$10 million (US$7.4 million) through Sotheby’s International Queensland. Until its new owner is found, the home is proving its worth as an attractive private holiday rental for families, groups of friends, corporate gatherings and weddings.

With the full-time manager, Wendy Rogers, a former super yacht host, and her husband, David, previously a chef, guests have the option to take luxury to the next level.

“We’ve had one family from Sydney whom David cooked for during their entire visit—breakfast, lunch and dinner,” Mrs. Buttula said.

“They booked all these trips on the reef but they enjoyed themselves so much they canceled them all and decided to stay put behind the gates and enjoy the house and the beach,” Mrs. Buttula said.

Trinity Beach Palace is booked for the two weeks of Christmas and New Year’s but is available before and after. However, if resort-style beach stays don’t float your boat, architectural buffs can salivate over award-winning gems such as the Peter Stutchbury-designed Angel Wing, awarded Australian House of the Year for 2014, which is available to rent at A$1,400 (US$1,000) per night. 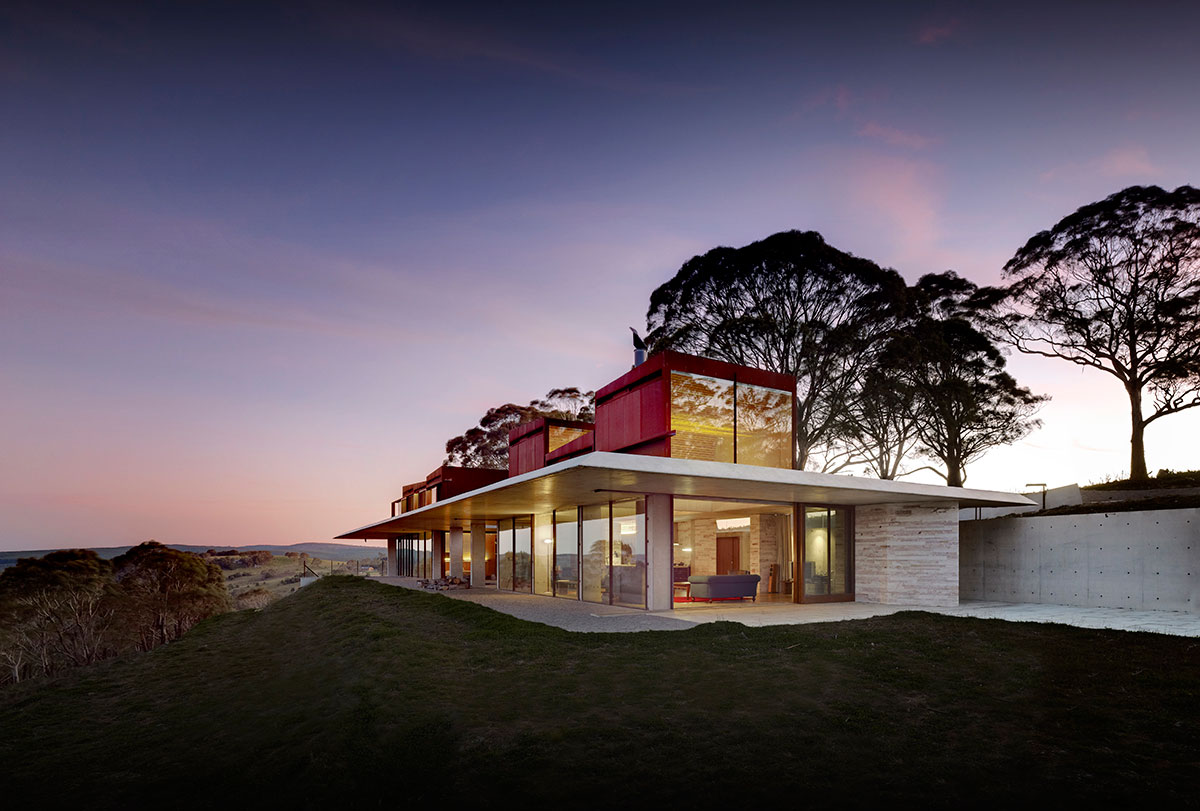 Angel Wing is also for sale at over $9 million.

Modern House Estate AgentsDesign aficionados can get behind the scenes of homes such as Balinese-style resort Myoora Sydney Harbour, which was featured on the television show “Grand Designs Australia” and rents for A$1,800 (US$1,300) per night or the palatial Star Trek Inspired Northern Beaches home, which sleeps 12 and also rents from A$1,800 per night.

Contemporary Hotels managing director Matthew Fleming, whose listings range from idyllic country estates to glamour beachfront mansions in Australia, Asia and some parts of Europe, says he has seen an unprecedented number of high-profile and designer properties being listed as vacation rentals in the past few months.

He says guests get the opportunity to stay in a home they may not necessarily be able to afford, or they find it cheaper and more exciting to “holiday-hop” from one location to the next.

As the hotel and holiday rental industry has changed, Mr Fleming said guests receive five-star attention from hosts rather than just picking up a set of keys from a real estate agent.

“Now it’s about attention to detail,” he said.

“Home owners know their properties are being looked after by discerning guests. We spend a lot of time with each guest, building a relationship, and matching them to a property that really suits them,” Mr. Fleming said.

“A lot of guests will go from one Contemporary Hotels home to another. They’ll stay in a beachfront villa in Palm Beach or Byron Bay and next they’ll be spending time at a private home in Paris,” he added. “This gives them the freedom to experience lots of places rather than being tied down to one spot.”